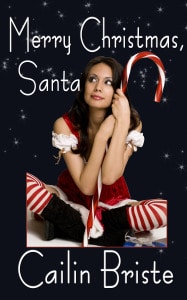 “Hand me the paddle, boy elf.” After taking it from Siever, Derek placed the edge under Jane’s chin and lifted it up. “You’ve been a bad little elf, haven’t you?” 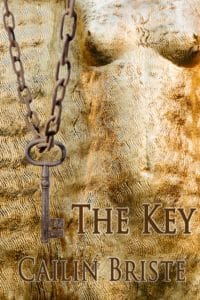 Excerpt from The Key:

Kolya was an artist. A sculptor focused on what he termed brutal beauty. He’d tried but failed to convince Tyen to model for him, claiming he’d make it worth her while with a naughty wiggle of his eyebrows. She’d refused, not willing to experience the pain that went along with being the focus of his creative genius. Then he’d grabbed the key, promising to return it if she modeled for him, offering his sadistic little hide and seek game to increase his enjoyment of her eventual capitulation, a game designed to make it impossible for her to win.

She didn’t knock. It wasn’t necessary. People came and went from Kolya’s as they pleased. When she entered, he was motionless, staring at several large sheets of sketches clipped to a line strung across one end of his studio. He was nude except for a chain around his neck. No finer example of the perfection of the male form existed in art or real life.