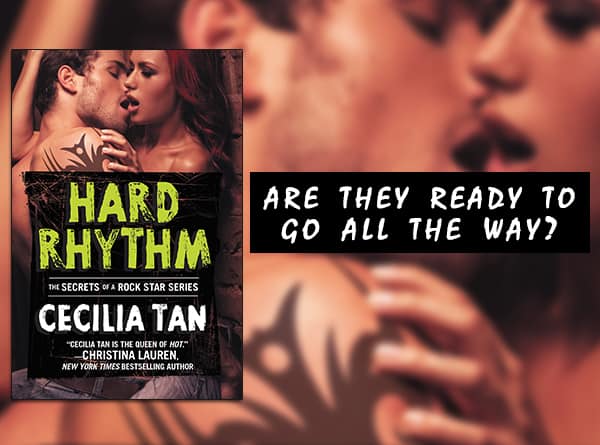 Blurb
Maddie Rofel has a sharp mind and a bad-girl body. After ten years in LA working jobs from clerk in a sex toy shop to exotic dancer she thinks she has seen and done it all. Once upon a time, bad boys were her catnip but now Maddie just wants to get keep everyone in line at her job as a hostess in Hollywood’s most exclusive secret dungeon, The Governor’s Club.

Chino Garcia is the drummer for the “hottest” rock band in the world, the blatantly kinky group known as The Rough. He’s been coming to The Governor’s Club every month for half a year but never seems to put the moves on any of the willing subs there.

That’s because the only one he’s interested in doesn’t seem to be a “willing sub” at all, Maddie herself.

Excerpt
I was startled to see Chino Garcia come into the club. I’d assumed the band was out of town, but apparently not. Chino strutted into the dungeon like the cock of the walk. Or as my dad used to call it, the walk of the cock. “A bad boy like that just wants to stick it somewhere warm,” he had warned me.

When I was younger I hadn’t heeded that warning. Bad boys were my catnip, the thing that made me roll on my back and yowl. But after years in Hollywood, I was jaded to the tattoos and the macho saunter. Maybe if I’d spent less time chasing those guys, I’d be something more than a dungeon hostess and sex toy expert now.

I watched Chino cross the room to greet Sakura and Ricki, and I saw Sakura look him up and down. Was she trying to figure out if that strutting attitude translated to dom or sub? I know I was. Since the guys in The Rough had joined the club, I hadn’t seen Chino play. Oh sure, he joined in happily enough when it was Ricki’s birthday and Axel made her crawl through “the paddy-whack machine”. But being sexually adventurous didn’t reveal whether he was a sadist or a masochist, a top or a bottom, a dom or a sub. Usually anyone who came into the club identified themselves right away so they could find a partner. Chino hadn’t, and that bugged the hell out of me. I was used to doms being bossy and subs being needy and Chino was neither.

He slipped off his leather jacket as he greeted Ricki. He was wearing nothing but leather pants and tattoos underneath. I felt as if a cool breeze had just blown across my own bare shoulders, goose bumps rising and my fingers itching to touch his ink all of a sudden.

Stop it, I told myself. He annoys the fuck out of you and you’re better off steering clear of him. I didn’t appreciate how he turned everything into a joke. But when he threw back his head and laughed at something Sakura said, I found myself adjusting my corset as my nipples hardened against the supple leather. I stared at the long line of his neck, leading down a buff, well-inked chest. Playing drums kept him in ridiculously perfect shape.

My hormones must have been peaking or something. I made myself tear my eyes away from him and went to do a rounds check of the rooms, to see which were in use and whether any of them needed a resupply of condoms or lube. It was still early in the evening, though, everyone still socializing and warming up.

When I came back Gwen was showing the new paddles to the group. “Can’t wait to find out what these feel like,” she enthused, “but I have to wait until Mal gets back.”

Chino picked one up and swung it in slow motion like a tennis forehand. Then he made eyes at me. “Hey, Madison, aren’t you the one who usually shows off new things around here?”

“You bet I am,” I snapped, holding out my hand for the paddle in challenge. Let’s see how fast this joker backs down. “I’d love to see how many you can take before you beg for mercy.”

He twirled it by the leather loop on the handle instead of handing it over. “Is that right? Who do you think could take more, you or me?”

Sakura’s eyes lit up and she came between us. “If you wanted a fair test, I could paddle you both.”

Chino’s eyes were locked on mine, though. Not backing down at all. “Naw. I think the only way it’d be fair is if we take turns beating each other. You think you can take ten at a time? Twenty?”
“Twenty per set, no bondage, hands on the wall, drop hands and you lose,” I said, staring right back at him. Oh, I was so on fire to put him in his place, to make him lose that smirk.

“Agreed,” he said. “Should we flip a coin to see who goes first?”

I clucked my tongue. “Tsk, no. You can beat me first to make sure this contest isn’t over too quickly.”

Chino sketched a bow in my direction and then gestured toward the empty area of wall across from the Catherine wheel. “Then, if you’ll assume the position, please.”

I took my skirt off, revealing my thong underneath, and placed my hands on the wall. There was no way I was going to lose this contest. Gwen had nicknamed me “Iron Butt” after the first time she’d tested new hardwood paddles on me. I was sure Chino was either going to be all bravado and turn the scene into a joke, like he did every conversation we’d ever had. Or he was going to turn out to be a secret sub. How long would it be before he was actually begging me to spank him?

Those thoughts entertained me while I waited for him to start. I imagined his ink-black hair plastered to his neck with passionate sweat while he looked up at me from his knees…

What was taking him so long anyway? I glanced back: he was gathering a crowd of spectators.

And he’d stripped down to nothing. My jaw dropped. The real thing was even better than my imagination. His entire body was lean, hard muscle, not the chunky bulk of a weight-lifting nut but the powerful form of a man who actually used his muscles for something. He’d even stripped off his leather pants, revealing the dragon tattoo on his leg and the fact that he was already hard. Just from anticipation of paddling me? If so, there went my theory that he was a closet sub.

I was really in trouble now.