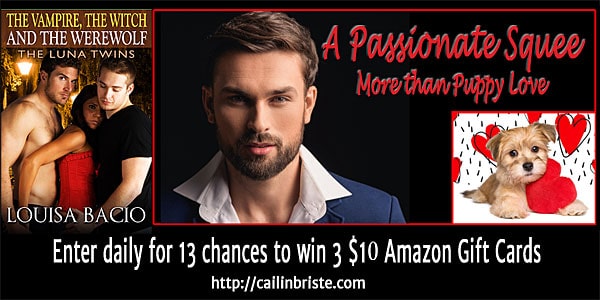 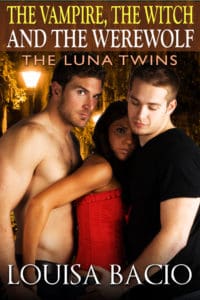 The woman appeared to be so tough, and yet beneath it all, he knew she questioned a lot. He saw past the exterior of the purple hair and crazy black eyeliner. She was like a big dog in a little one’s body. All bark, but baby, he hoped she’d bite.

After pressing the button for the elevator, they waited for the ding of arrival.

She turned toward him. “Don’t be so harsh on him. I don’t know his story either, but he’s caught in all of this shit, too. He didn’t ask to be included in a strange prophecy, or mated to a woman who doesn’t want him. I’m sure he wants to live his life.”

“Like being with you would be such a hardship,” he mumbled. It’s all he wanted to do.

The moment they entered the elevator, he struck, pushing her up against the cold metal side and letting her feel the hardened length of his cock in his pants. “I couldn’t wait to get you alone.”

“Oh, yes.” She wrapped a leg around his calf, grinding her pelvis against him.

He wrapped a hand behind her head and crushed his mouth against hers. She tasted like no one he’d ever kissed before. She tasted like his future. Tucked into her hard outside shell, her lips were so soft.

She moaned against his mouth.

His tongue found hers. Shivers of sensation shot through his body, and his cock grew uncomfortably hard. He slipped a hand between their bodies, under her shirt and found the hard nub of a nipple.

Lightly, she nipped his lower lip.

The chime of the doors opening broke their kiss, and she grabbed his hand, leading him to the room. “Come on. We gotta get our stuff, and something tells me he’s not waiting for us long down there.”

“If you were mine, I wouldn’t,” he said. “I mean, I won’t.” She stopped to open the door, and he pressed up against her, gliding his hands over her body.

“Something switched on in you,” she said. “Whatever it is, I like it.”

Hell if he’d lose her to some damn prophecy and a guy who looked like he couldn’t protect her. He wouldn’t know what to do with her if he got her. As the situation stood, things looked like he totally took advantage of “destiny” and obviously wouldn’t woo her.

The moment the door slammed behind them, she grabbed for the button of his jeans, popping it open and yanking down the zipper.

“Don’t get shy now. I’ve been wanting to jump you for three weeks. Glad you got tired of playing hard to get.” She kissed his neck, sending shivers through his body.

“Some things are worth waiting for…” He lost his train of thought as she slipped her hand into his pants, and gripped his dick. His body tensed.

He gritted his teeth. “Drop the act. I’m not being just your plaything.”

“Yeah. Yeah. We can talk more later. Play now.” Letting go, she kicked off her shoes, stripped off her jeans and underwear and pushed him onto the closest bed.

His bare butt bounced off the comforter, and his blood pounded in his ears.

She unceremoniously yanked off his pants until they pooled around his knees.

He leaned over, fiddling with them.

“Next time, we can do this all naked and proper. Right now, I want you in me.”

Her body burned against his as she straddled him. Who was he to argue?

Shifters & Spice Boxed Set
If you dream of shifters, this set of 20 brand new shifter stories featuring USA Today and New York Times best-selling authors has you covered. Whether you like them large and in charge or sleek and sexy, you’ll find the right story to spice up your night in these pages. 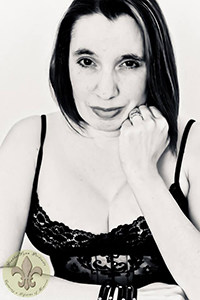 Bacio shares her household with a supportive husband, two daughters growing “too fast,” and a multitude pet craziness: Two dogs, five fish tanks, an aviary, hamsters, rabbits, guinea pigs and hermit crabs. In her other life, she teaches college classes in English, journalism and popular culture.