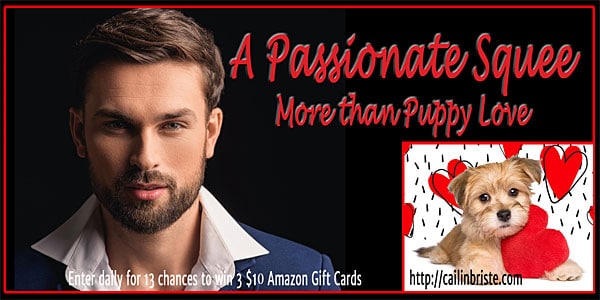 It’s been wonderful hosting twelve amazing romance authors for A Passionate Squee. I went out and bought one book right away after reading its excerpt and added others to my wish list. As I said at the beginning of the Squee, I don’t really squee in real life, but I will say that the reading over the past two weeks has made my girlie bits heat up. Thank heavens I have a live in Valentine.

I’ll announce the winners of the $10 Amazon gift cards in a bit. First I want to share my gift to you, a flash fiction story that drops you into Maon and Selina Shirley’s lives after the events of Maon: Marshal of Tallav but before those of Shane: Marshal of Tallav. 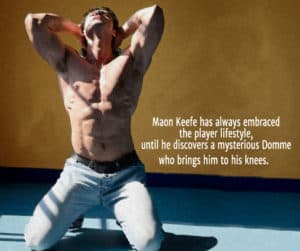 “I’m going to use you for a marketing test.”

Maon squinted at his wife, fashion designer Selina Shirley whose added curves from her baby bump made him want to touch her non-stop. He was a damned lucky man. But the petite brunette blaze of heat who had brought him to his knees and put a ring on his finger had just surprised him.

With a smirk, Selina ruffled his sandy-brown hair. “No, sweet man. Think of yourself as my guinea pig. Lab rats have pink eyes, and pink is really my color not yours.”

“If I’m your guinea pig, does that mean you’ll stroke me all over?” he waggled his eyebrows.

Her arched eyebrow told him he was edging toward being punished. It didn’t stop him. Never did. “Yes, but not before you torment me first. It’s the parts that you take forever to stroke that hope you’ll start with them first.” He dropped his gaze to his crotch to emphasize his point.

She chuckled. “Have I been neglecting your big toe again?”

“I was referring to a longer, harder appendage.”

A brush of her hand across his bulging erection made him groan. “I’m not sure where that appendage is.” She gripped his cock inside his pants. “This is certainly hard.”

Maon didn’t say another word. You couldn’t rush Selina when she wanted to play. He slumped his shoulders and sighed when she released him and turned to pick up a package from the dresser.

“First things first. I volunteered you to test a product for our new Naughty Shirley brand of kinky apparel.”

Nose wrinkling, he said, “It’s not something weird?”

“Weird?” Her voice lowered. “Are you suggesting I’d design something weird?”

Now he’d stepped in it. “I meant to say uncomfortable.”

A hint of red-orange flickered in her topaz eyes. “Fashion can be painful.” She punctuated her statement with a long, slow sigh.

He brought a hand to his chest and intoned mournfully, “I live to be subject to the whims of fashion.”

“If we keep dropping sarcastic remarks, we’ll end up stepping on them in the middle of the night. Show me what’s in the box.”

At first glance the item she pulled from the carton looked like ordinary underwear, a pair of bright-blue men’s low rise briefs. Then she showed him what was attached inside, a butt plug. Not an enormous one, but sufficient to keep a man stimulated.

“It’s not meant to be. In fact, that’s why I didn’t opt for leather or plasti-tex. I wanted a material that would feel silky and not pull pubic hair. Now strip and put them on.”

After removing his clothing, he took the briefs, stepped into them, and tugged them up his thighs. Before he could work the plug up his ass, Selina stroked a finger down the defined muscles of his abdomen. “Let me do that.”

The fabric drew tight against the front of his legs and her hair tickled the backs when she pulled the waistband out and lowered her head. What is she doing? Oh. Licking the plug.

With the added lubrication, the plug slid in smoothly. He had no problem with larger plugs, so this one was easy, but it was sized and formed to hit his prostrate. When the butt plug was in place, Selina moved in front of him, tucked his cock in, and released the waistband with a snap. Maon jerked. A tingle of pleasure ran through him. Gonna have to be careful how I walk or I’ll be shooting before I’m allowed to. Maybe she’ll have pity on me.

“Do I get my stroking soon?”

She tapped his erection with one finger. “No, my sweet guinea pig, for a comprehensive test, I need to watch you strutting around in them. Three or four hours should be about right.”

“Fuck’s sake. The briefs are going to get soaked.”

“Yes. I know.” She gave him a peck on the lips, turned, and sashayed away. “Follow me.”

So be it. He grinned, swaggering after her. Damn that feels good. “Sweet cheeks, you want me to get a cup to catch all the goodness this marketing test is going to create? I could pull my cock out and let it flow.”

“Excellent idea, but skip the cup. I want to see you sticky. Perhaps I’ll lick you clean.”

Maon wasted no time removing his cock from the briefs. The tip of his penis was already glistening.

If you haven’t read Maon and Selina’s story, you can pick up a copy currently on sale at Loose Id, or from other online retailers.

And now the Winners of A Passionate Squee: Karaleigh2, Rhi, and rox731,