I’m sharing an excerpt that highlights the world building found in Maon: Marshal of Tallav. This scene is set on the space station that services Beta Tau, a pleasure planet in the Federation. I hope you get a sense of the immense size of a station that is itself a microdot in the universe. Let me know what you think in the comments below. Read more about the Federation planets and the futuristic tech found in the Sons of Tallav series. Maon’s feet ached from a day spent walking the concourse ring of the private passenger level of the space station. He calculated that he’d trudged a grand total of twelve miles the nine times he walked the circle. His focus had been on scrutinizing the docking ports of the various private ships and the people he met.

From vidscreens along the outer wall of the ring, he could observe the ships berthed at this level and those that were coming and going from the station. Simulated picture windows, they looked out on space from one of the largest hyperspace facilities in the sector. One even brought the hyperpulse point into view. Although the scene would have been the same from a vidscreen down world, it was unnerving to place your hand against the wall and know that on the other side lay the vacuum of space. It was unsettling to realize you were an infinitesimal heartbeat in an elongated tin can that orbited one of hundreds of inhabitable planets in an arm of an unexceptional galaxy in a teeming universe.

At least this level was quiet compared to the many public passenger levels above that serviced the larger liners that brought the bulk of Beta Tau’s tourists to the planet. Patrolling a passenger level was far better than walking the concourse ring on the loading level below. There the chilly air settled into your bones. The scrubbers never seemed to rid it of the noxious smell of C-trol and other fumes. Yeah, walking the private passenger level was much nicer duty. When he got the message the operation was concluded, he headed straight for the lifts to take him to the shuttle docks at the bottom of the station.

Poor Maon. He’s headed straight for the black moment in the book. 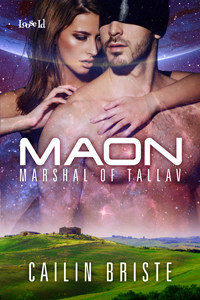