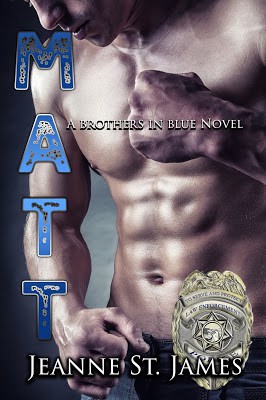 Meet the men of Manning Grove, three small-town cops and brothers, who meet the women who will change the rest of their lives. This is Matt’s story…

As a former Marine, Matt Bryson has dealt with PTSD ever since coming home from the Middle East. He finds himself fortunate to be able to return to his job as a cop at the local police department with his brothers Max and Marc.

Dr. Carly Stephens works hard as an obstetrician at the local hospital, struggling to pay off her medical school loans, financially support her elderly parents, and save money to adopt a baby. Unable to have children, she still longs for one of her very own.

Instantly attracted to the Dictator Doctor, Matt finds Carly easily brings him to his knees both emotionally and physically. What starts out only as a convenient sexual relationship turns into a whole lot more when dealing with their pasts and their future. Especially since Matt doesn’t ever want children.

Matt and Carly find themselves on a passionate and emotional journey that can either bring them together or rip them apart.

Note: This book can be read as a stand-alone and has an HEA ending. Due to the sensual and explicit sexual nature of the story, it is intended only for readers 18+. Trigger warning: this book includes a main character who is dealing with PTSD.

Available on Amazon for $2.99 for a limited time

Or FREE on Kindle Unlimited!

She didn’t know why the angry asshole sitting next to her made her want to fuck his brains out.

Yet something pulled at her.

Maybe it was the challenge.

Or the fact she hadn’t had sex in…hell, forever.

Maybe she needed a night of angry sex to relieve some of the stress of being an overworked OB/GYN at a small hospital.

Maybe she just needed a few explosive orgasms to help her forget about all the debt she had. All the responsibilities.

She peeked out of the corner of her eye at him. Officer Asshole had a shit-eating grin on his face. Surely, it wouldn’t take much to wipe it off.

“Where are you heading?” she asked.

“Take me to your place.”

His head snapped in her direction and the truck swerved when he jerked the wheel. He straightened it out and concentrated back on the road. “What?”
Yep. Now he wore a frown instead of that cocky grin.

“Take. Me. To. Your. Place.” The words were distinct and forceful. She wanted to make sure he knew she wouldn’t take no for an answer.

“Why?” he asked, the suspicion thick in his voice.

“I want to make sure I’m not hallucinating,” he said.

“To fuck me into oblivion.”

His eyebrows rose, but he kept his eyes on the road. “What if I suck at sex?”

“You won’t.” She smirked. “Assholes are always good in bed.”

His brows crept even higher.

“I do.” Unfortunately, it was the truth.

Carly looked at his lap. The distinct bulge in his jeans kind of shot that lie to bits. “Assholes can always get it up.”

With a cocked eyebrow, he asked, “You have a thing for assholes?” 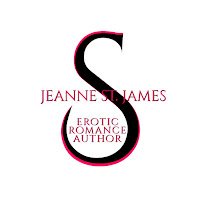 She has a few new releases coming up in 2017. So keep an eye on her website at www.jeannestjames.com or sign up for her newsletter here.

See the giveaway details
at Goodreads.