I’ve been a fan of horror and the paranormal for most of my life. I grew up watching Christopher Lee Dracula movies with my mother because she was a vampire fan. Vampires never scared me (except for one particular scene in Salem’s Lot), but werewolves frightened me.

The idea of becoming a powerful, ferocious beast and having no memory of what you did during the time you changed made me uneasy to say the least. As a child, I never would have imagined a werewolf hero, but the turning point for me was when I watched The Howling. Though the werewolves in it were monsters, they weren’t out of control. The Howling werewolves were different than other werewolves. Even when they shifted, they decided whether they would kill a victim or change him with a single bite. The sex scene between Bill and Marsha was thought provoking. They started the scene in human form and ended as mating wolves. Bill also tried to sway his wife Karen toward the werewolf way, but ultimately Karen was changed by force. In her wolf form, she sacrificed herself to warn the world about the danger of werwolves. The Howling got me thinking about werewolves in a different way.

Another movie that helped change my opinion about werewolves was Wolf. In it, the werewolf is the hero, not the villain.

Over the years, werewolves have progressed to creatures who are more a reflection of the beauty and freedom of the wild than mindless, grotesque evil lurking beneath a human cover. Werwolves and other shifters are often romance heroes. They allow us to explore our wild side while still retaining our humanity.

Old fashioned werewolves still frighten me, but modern ones, who retain their ability to reason, fascinate me.

How do you feel about werewolf heroes? 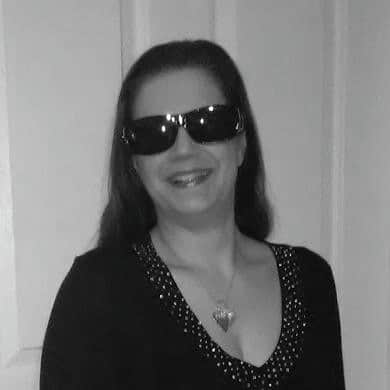 When she’s not working on her books, Kate enjoys reading, working out, spending time with her family and pets and running the Compelling Beasts Blog, dedicated to antagonists, antiheroes and paranormal creatures. She also writes under the name Saloni Quinby. 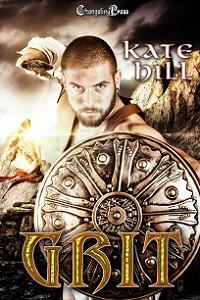 Blurb:
Werewolf gladiator Grit faced his own mortality in the arena, only to be resurrected by a demon. Grit now lives a shadowy existence as one of the soulless, remembering only bits and pieces of his former life. Nonetheless, he recognizes evil and knows he must fight for the future of his young son, as well as the rest of the world.

Zari, a vampire warrior, helped Grit escape the tower where he had been imprisoned. She had feelings for Grit when they’d first met, but at the time he had been mated to another wolf. Now that he’s on his own, they’re free to explore their feelings as they fight side by side as part of the rebellion against the demons. In the midst of war, their love grows, but danger is everywhere.

Haylen, the demon who resurrected Grit, offers a bargain that may save or destroy the rebellion. Whatever the outcome, Zari and Grit intend to face it together and explore the once forbidden passion between them.