PREORDER NOW for only 99 cents!

Hot and Filthy: The Honeymoon

Hot and Filthy: The Honeymoon
Book 4.5 of The Dark and Damaged Hearts Series
By: Whitley Cox
Release Date: June 29, 2017

Blurb:
Emma Everly didn’t know true love or happiness until she met enigmatic millionaire James Shaw. He turned her world upside down, all for the better, possessing her heart, body, and soul. He brought her over to the dark and dirty side and opened her eyes to the wild and kinky sex Emma didn’t even know she craved.

Now they’re married and ready to start their life together, and Emma realizes all her dreams are coming true. With a romantic honeymoon planned on a live-aboard boat in French Polynesia with nothing but her handsome husband and the fishes, Emma is positive James will take her body to newer and more extreme heights of pleasure. But James has other ideas, and even in the middle of their sexy sea adventure, their relationship is put to the test. Emma must find a way to come to terms with James’ demands or risk ruining their first holiday as husband and wife.

A quick and funny story with nothing but sex, scuba diving, and newlywed bickering. Because these two deserve a chill honeymoon. As I’ve started telling people, it’s nothing but pure filth with the odd parrot fish sighting. Don’t expect the darkness and angst of the other books; this little story is meant to be light, fun, super dirty and give you all the happy feels. 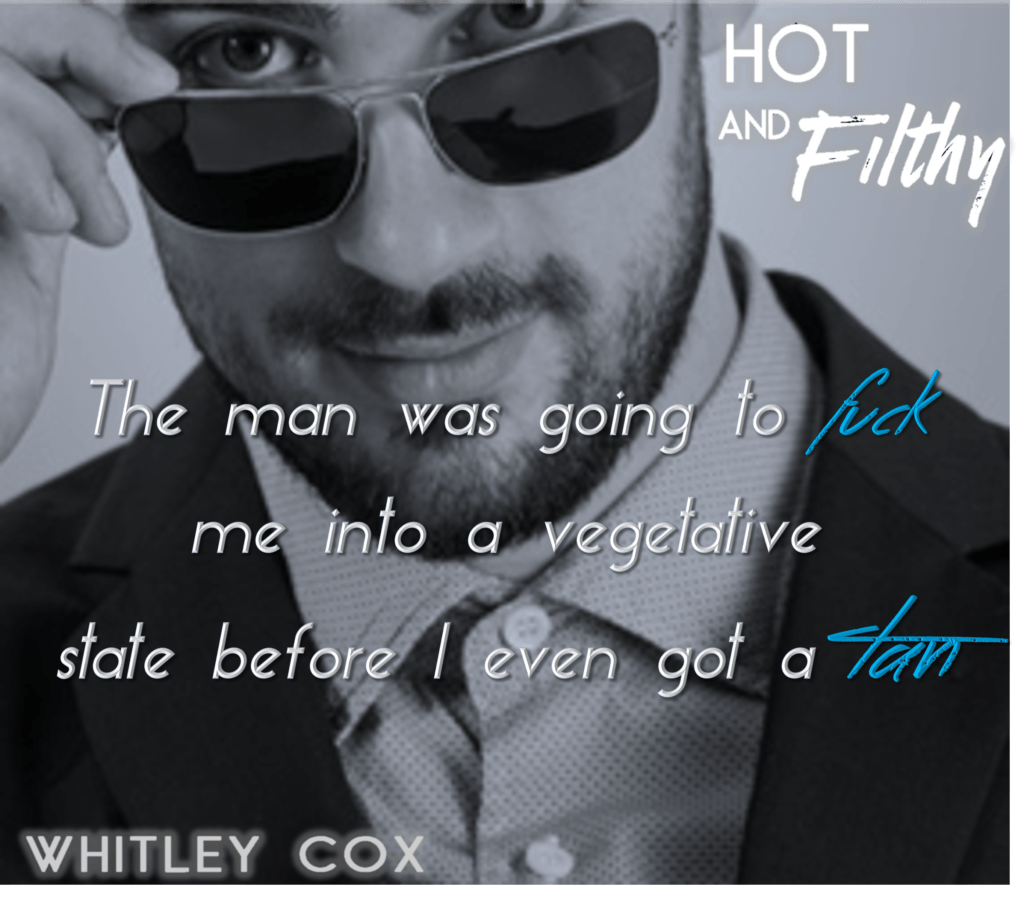 A slow smile coasted across his face, winding me. Blinding me. He smiled rarely. At least he didn’t when he wasn’t around me, or so I’ve been told. But even when he didn’t smile my man had a gorgeous, sexy mouth. Talented as all get out, too. With full, but firm lips and straight white teeth. Often though, set in a stern line, giving nary a clue to his thoughts. He’d perfected the mask of indifference early on in his life. Keeping his feelings out of the equation. Not letting anyone in or any emotions out. And although he wasn’t generous with the smiles, when he did he could flash the most dazzling, boyishly playful grin or a smug and confident challenging smirk at the drop of a hat. His slow smiles were evocative little teases, saying so much without hardly moving a muscle. Laying out his wicked intentions with no more than the crook of a lip. Yes, my man was an enigma. Multi-faceted and complex. A man who when he walked into a room every man wanted to be and every woman wanted to be with, and he was mine. All mine. Forever.

“I want to gag you,” he said softly, the rigid lacing of his abs flexing as he sat up straight.  “I want to restrain you in a thigh sling and wrist cuffs, and I want to flog your ass until it’s pink and tears stream down your face. I want to hear you moan and whimper against the gag as your pussy quivers around my cock when I take you from behind.”

My bottom lip dropped open, and I felt my nipples harden against my bathing suit top. Anticipation and perhaps a dollop of fear careened through my body, ending between my thighs, where my core clenched tight with curiosity and need. James had brought up gagging early on in our relationship, saying it turned him on to hear a woman moan against a gag, but I’d refused a ball or ring gag, compromising and going with just a silk scarf or a piece of leather firmly tied around my head and between my teeth. It was uncomfortable, but it didn’t really hinder my breathing the way a real gag would.

“But we’re married now … and you’ve become so adventurous in the last few years, I thought that maybe you’d want to take things one step further. Try the gag again.”

My eyes went wide. “Do you have a ball gag here? On the boat?”

He nodded. “I have a few things … a few surprises.”

My chest heaved, and I realized I was panting. I put my hands to my cheeks. They were on fire, and it wasn’t just from the blazing sun overhead. Holy mother of God, was I ever turned on. And like a male lion catching the scent of a lioness in estrus, his nostrils flared, and his eyes grew dark. He stood up from where he was sitting next to me and scooped me into his arms; I went willingly, wrapping my arms around his neck, our argument long forgotten, and the need to mate, to be one and connected the only thing passing between us.

Only 99cents at Amazon, B&N, iTunes, Kobo, and Google Play