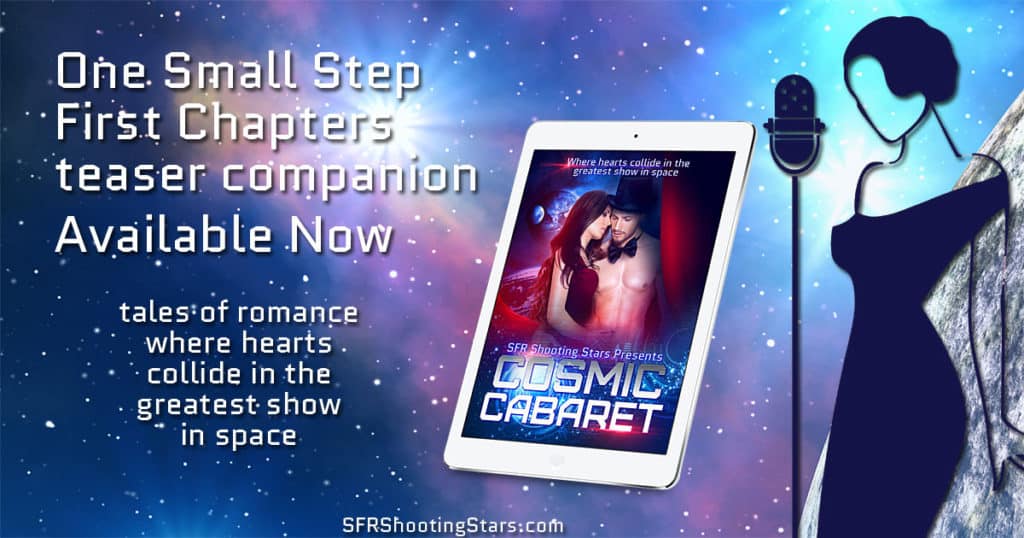 Read the first chapter of all 13 novellas in Cosmic Cabaret.

Neither of these download links require opt-in for another mailing list. Rest assured that you won’t get sucked into something new fresh hell of internet spam. 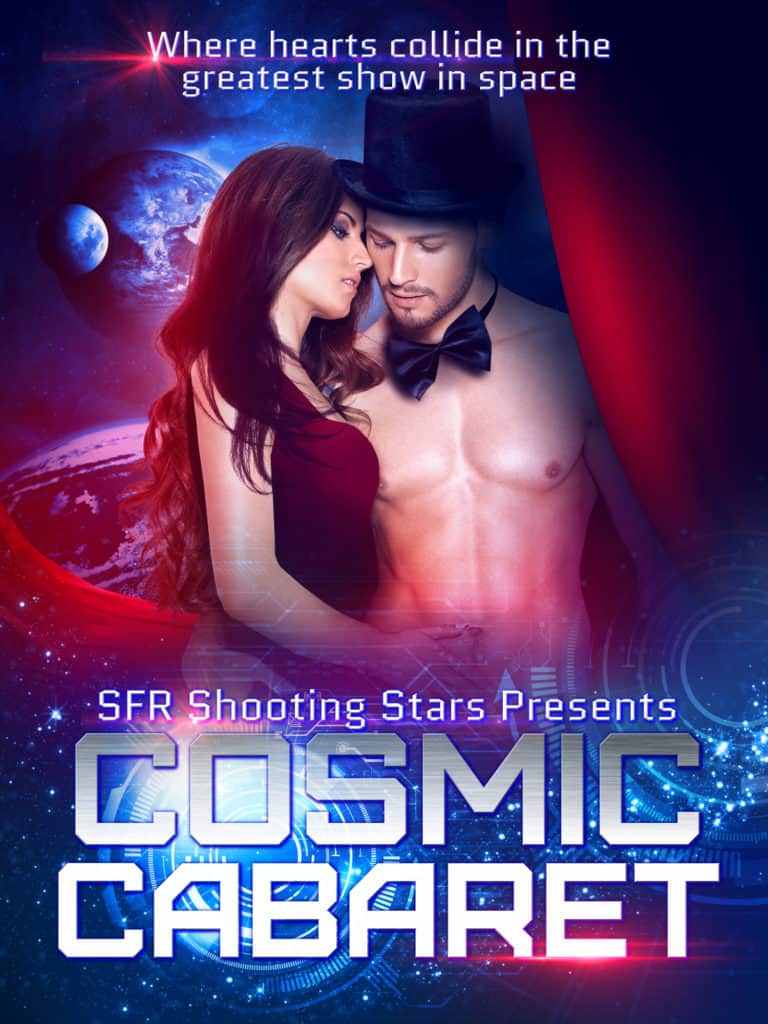 Catch a Falling Star by CJ Cade
Chaz Jaguari, inter-galactic singing star, hides out until a sexy Tygress wanders into his lair and brings the jaded star roaring back to life.

Starlight by Kerry Adrienne
Astronomer Dr. Andrew Mann becomes enthralled with a performing particle shifter. Stella wants to trust the scientist, but she has a secret, and she’s scared.

Midnight at Andromeda’s by Tessa McFionn
Reluctant groom, Prince Marqaz, moonlights as a common bartender…until the surprising arrival of his like-minded affianced, Karyna.

Stars Shining Bright Above by Jayne Fury
Astra Faraday ran from a life of piracy. Dr. Zane Jones signed on to the ship to escape a former life—one that was killing him. When her mentor is murdered their pasts collide as they solve the crime and fall in love.

Star-Studded Love by Rosalie Redd
Caleb hides his disability behind his job as an exotic dancer, keeping women at arm’s length. Then he meets Adara. How much will they risk to find their dreams together?

A Dance of Fallen Stars by Kat Vancil
Notorious playboy Kealan Corkoran’s been branded an illegal stowaway light-years from home. His one chance to get out of this mess: working under the impassioned daemon choreographer who got him into it.

Vordol’s Vow by Dena Garson
Bodyguard Vordol Silveira vows to be the best, keeping his heart disengaged. Pitannah Lorento dreams of winning the intergalactic burlesque competition. When she’s threatened, Vordol’s vow is put to the test.

Hide and Peek by Blaire Edens
Religious zealots storm the burlesque club where Suzy headlines, forcing her to run, leaving behind a precious possession. Davell hooks up with Suzy to catch the perps, her actions set off a chain of dangerous events.

Educated by the Master by Cailin Briste
Take one talkative novice to kink. Combine with a master who prefers the silence of meditation. Bake on high heat at the Cosmic Cabaret. Luscious.

Star Searchers by Diana Rivis
Agent Sabrina Hawthorne of the Inter-Galactic Alliance thinks she’ll track a traitor with her brother. Instead, she’s partnered to his overbearing, stick-in-the-mud friend, Dayor Keitos.

Add to Your Goodreads To Be Read List: Goodreadshttps://www.goodreads.com/book/show/36144442-cosmic-cabaret?from_search=true