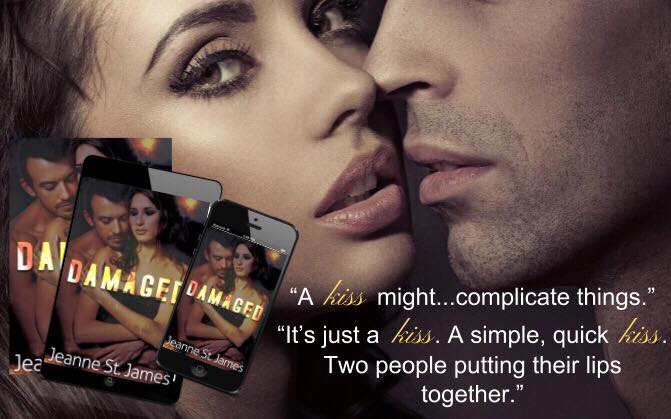 Jeanne St. James knows how to write hot, sexy romance. Her latest release, Damaged, is no exception to the rule. If you’re up for a dirty, filthy read, get your copy today. 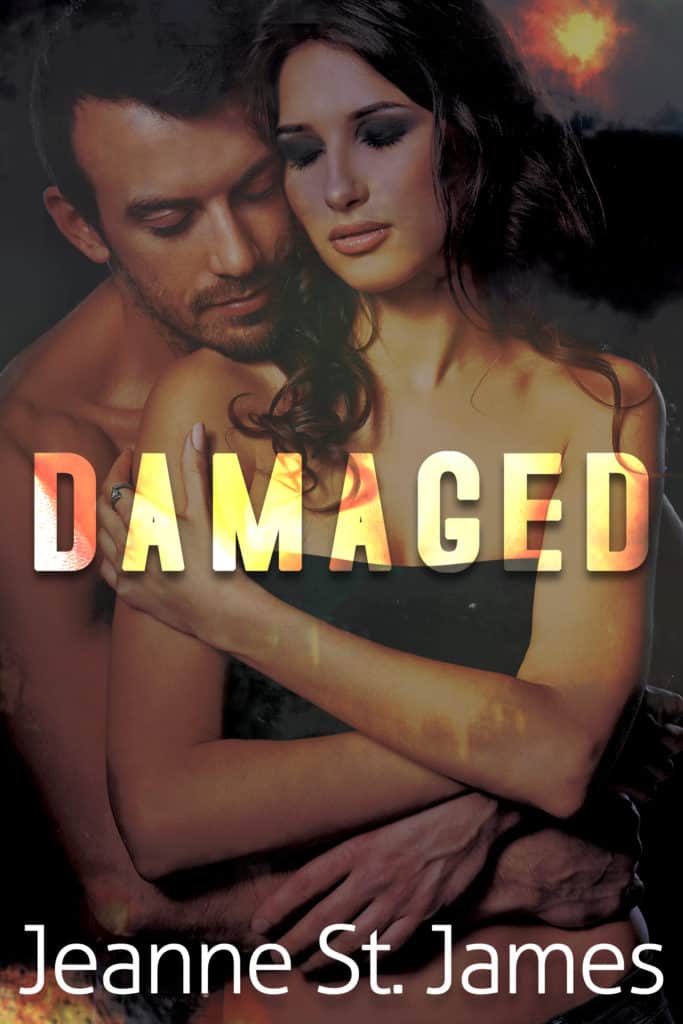 Two scarred souls: one physically, one mentally. Both on the mend, hiding from their pasts…

Being buried deep undercover for the past two years, on the most complex case of his career, has torn him down physically and mentally. Now the FBI agent has come home to recover after having his leg badly injured from a gunshot wound. Arriving home late one night, his relief is short-lived as he’s faced with a stranger pointing a gun to his head, acting like he is the one who doesn’t belong there!

Colby Parks, a biochemist at the local university, had come to town a year earlier to escape an abusive relationship. She vows never to put herself in that situation again.

Then the perfect opportunity comes along: house-sitting for Mace’s sister while making the house she purchased habitable. But she couldn’t anticipate this big snag: the one wearing the tight Levi’s and worn leather jacket, looking like he had just escaped prison.

Being forced to share a house creates sparks between them in more ways than one. However, things take a turn when their pasts catch up to them, threatening to pull them apart forever.

Add to your GoodReads TBR.

Late in the afternoon, Mace heard a car drive up and opened the front door to see who it was. He surprised himself; he never even looked out the peephole first. It felt good to open a door without fear of some thug blowing holes in him. Three days home, and he was starting to relax already.

Colby parked a bright red, but older, convertible next to his not so bright, old Ford truck. He spotted the groceries in the back seat and went to help her.

“Sharp,” he said, snagging a couple of the bags.

Colby handed him a third and grabbed one herself. “Me or the car?”

“Both. I didn’t think you had a vehicle.”

“It was at the garage. Needed a water pump.”

He followed her into the house. “Yeah? Too bad I didn’t arrive sooner. I’m great with cars.”

“And women?” she tossed over her shoulder.

“Did you learn your mechanical skills at—”

Mace dropped the grocery bags on the kitchen table in time to cover her mouth with his hand. “Don’t. I’ve had enough of your jailhouse wisecracks.”

His fingers against her warm, moist lips immediately sent a shock wave down to his groin. He wanted to run his thumb along her bottom lip and then dip it in and out of her mouth until it was wet. He would follow his thumb with his tongue. And other things. Or just one other thing: his aching, swollen cock. His eyelids lowered with need until Colby stepped away from him, breaking his contact, breaking into his thoughts.

“Too close to home?” she asked, her voice a little shaky.

He broke eye contact first, because if he hadn’t, he would have pushed her Miss Proper skirt up and slammed his cock home very improper-like against the kitchen cabinet. Frontward, backward, he wouldn’t be picky.

Instead, he concentrated hard on the subject at hand. “You first. What do you do with your days, Ms. Parks?”

“You’re avoiding the question. Finish carrying in the groceries while I unpack them, and then, and only then, I might play your little game, Mr. Walker.”

He behaved himself and brought in the rest of the bags. Settling into a chair, he regarded Colby while she started dinner.

A what? He shot her a questioning look.

“A male chauvinist pig,” she clarified. “Don’t you cook or clean or do laundry?”

Mace smiled. “I try to avoid it at all costs.”

“So, who normally does all your domestic duties?”

“Here we go with the questions again. You still need to answer mine.”

She gave a little shrug. “Fine.”

He stood and moved in behind Colby. She started when she turned around and found him so close. Close enough to feel her heat. And make him lose his mind.

“What are you doing?”

The tremble in her voice caught his attention and threw a little cold water on his steaming hot libido. “Helping. I assume that’s what you wanted when you started in on the male chauvinist crap.”

When her relief was obviously clear, Mace shook his head. Three days had gone by. They’d eaten meals and watched TV together, and he had even helped her paint her yellow kitchen. Not to mention the make-out session in the hallway yesterday. But she still hadn’t relaxed around him yet.

Thinking about their up-close and personal time on Sunday made his cock snap right back up to attention. But he needed to be cautious. Even though he wanted to get down and dirty with her, discover all her secrets, he couldn’t push too hard. Not yet. He didn’t want to scare her away. Hell, if he wasn’t careful, the sexual tension would kill him.

“You’ve read my mind. You can make the salad.”

If they were reading each other’s minds, he was in trouble. Because right now, his mind was dirty, dirty, so fucking filthy. He imagined digging his fingers deep into her fireball mane while she sucked him off. She would be on her knees, and he would be guiding her head back and forth. Her wet mouth around his cock, little moans escaping her lips…

Mace bit off a groan and removed the rinsed vegetables out of the colander where they’d been drip-drying. He grabbed a cutting board and sat back down at the table to chop them. He had to concentrate on something else. Like lettuce. 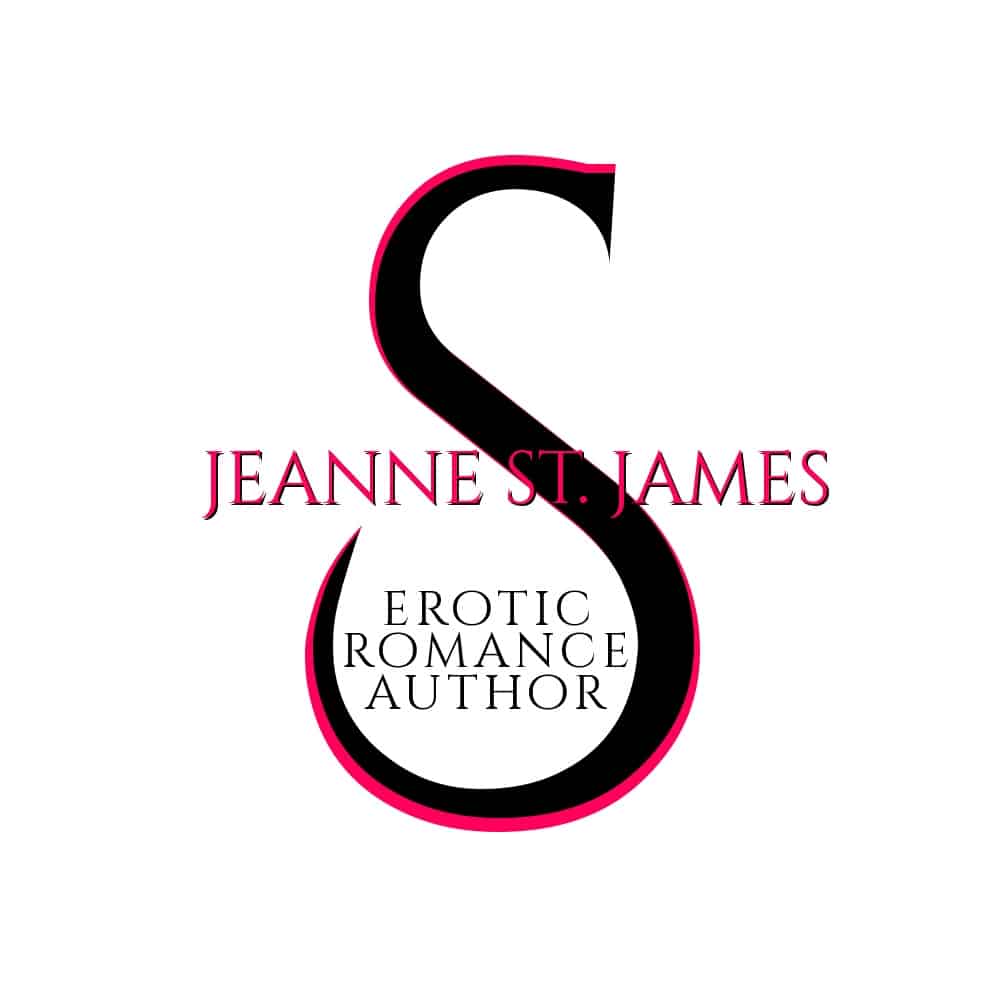