Welcome to the SFR Brigade Showcase for March
For this month’s showcase, I’m posting an excerpt from my new SFR novel, How to Steal the Pharaoh’s Jewels. Please remember to check out the posts from the other participants.

How to Steal the Pharaoh’s Jewels is the second book in the A Thief in Love Suspense Romance series. It’s set on the same world with the same characters as the first book, It Takes a Cat Burglar. This is Cade and Bassinae’s friends to lovers tale. 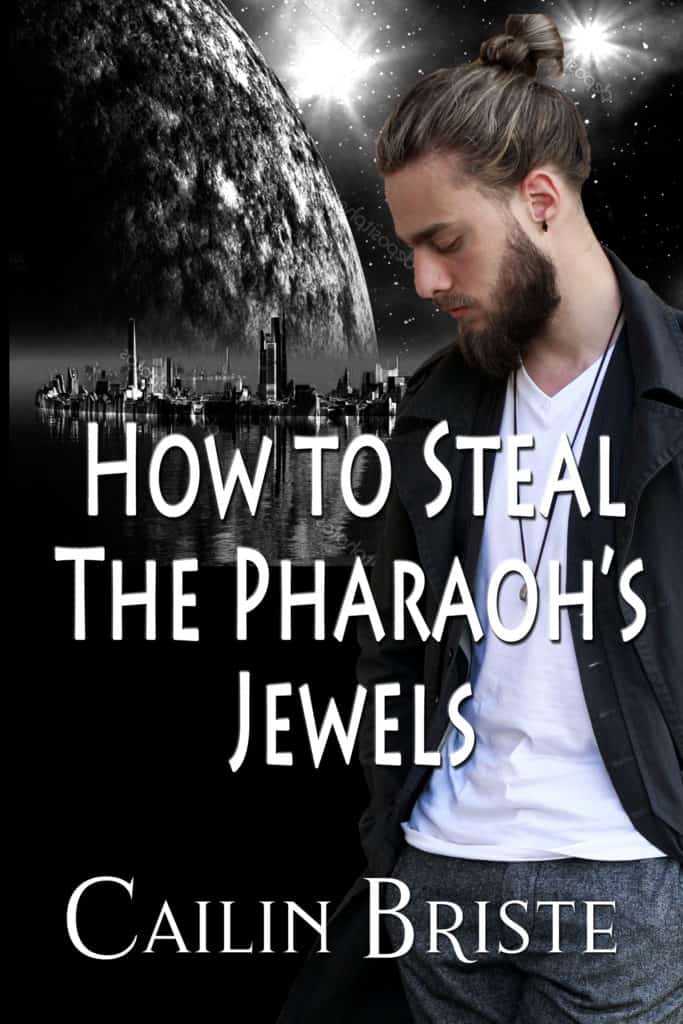 Cade’s life has settled into a comfortable routine until the day he’s pinned in a crushed car. In a moment of clarity, before everything goes dark, he realizes he’s in love with his best friend, a woman who has sworn off intimate relationships for life.

It’s taken Bassinae years to overcome a past filled with physical abuse and embrace the truth that she is a powerful, capable woman in her own right. Tamping down a case of nerves, she’s ready to take on a larger role in Sebastian St. Croix’s next caper. If only Cade would stop acting like a lovelorn idiot. She needs her best friend’s support to help steal the Pharaoh’s jewels.

With a sideways glance he tried to determine if she’d detected his far from brotherly reaction to her hug. But she seemed unfazed. Good. If he wanted to be with Bassinae, he’d have to find a way through the wall she’d erected around her life. He’d learned early on that she didn’t engage in casual sex, and she never intended to become involved with a man again. Ever.

That hadn’t been a problem until the accident. Maybe he’d knocked a screw loose because the woman he’d always seen as a friend was now on his list for something more. Not that he’d actually had a list. When he’d joined Sebastian’s crew, he hadn’t been in a mood to take up romantically with any woman let alone Bassinae. Yeah, when he’d first been introduced to her, he had wanted to explore every inch of her body, make her lose control, and discover what expression she wore when he brought her to climax. But he’d leashed that beast. He’d been warned. Bassinae had been badly hurt, and he didn’t add to any woman’s pain. As their friendship grew, he’d stopped thinking of her in that way.

But now… everything had changed. Being with her was the highlight of these long tedious days of recovery. She was the first woman he’d ever been able to relax completely with. She accepted him, believed in him, and made him feel like the man he was before that last horrendous week on Undoa Prime.

He didn’t want to have sex with her. No, he wanted to make love to her. And that was different. She wasn’t a slot B for his tab A. If he could, he would assure her life was filled with goodness and joy, protecting her, standing by her, and… Fuck! He clenched the hair on the top of his head with his fist. No way was he going to use the l-word. Not even think it. Whatever he was feeling, he had to keep it from Bassinae until he figured out how to induce the stubborn female to recognize that he wasn’t like her former boyfriend. That men weren’t naturally given to abusing their girlfriends. That a special forces commando trained to kill, maim, and destroy, would never ever harm the woman he loved.

“Buck up, lionceau. Things aren’t that bad.” She grabbed his hand and pulled him into his apartment, shoving him toward the bathroom. “Now go get clean. You’re getting aromatic.”

The twitch her ass made when she walked away from him brought his cock back to full attention. With a groan, he stepped inside, closed the door behind him, and leaned against it, knocking his head against the wood. How the hell was he going to be around Bassinae sporting a non-stop erection. He’d dropped weight, so his pants were roomier, but with a cock the size of his they might not be big enough to hide the true nature of his affection for her. If not, he’d have to invest in something baggy. Meanwhile there was one certain way of taming a hard-on.

He set the shower to hot, stripped, and climbed under the pelting water. The massage setting was his favorite, but he switched to soft rain. A hand planted on the cool tile above his head, he leaned into the spray, letting it soak his hair and drizzle heat down his back. He sighed, wanting Bassinae so bad he could almost taste her. But until he did he would never experience the flavor of sunshine. Or the sensation of her gliding around his cock while he whispered dirty words in her ear.

Fuck all. The dispenser plopped a generous dollop of soap in his hand. After smearing it over his erection, he fisted it, pulling in long strokes from root to tip. A manly pine-forest scent wafted up to his nose, nothing like the flowery aroma that trailed after Bassinae. His Bassinae. The woman he needed beyond anything, needed to strip, to explore with his mouth and teeth, and to discover all the shades of brown that colored her delectable skin. She would open to him, tender and responsive. The heat generated by their give and take would fuse them, make them one, and he would find the home he’d always longed for, hidden in the depths of her heart.