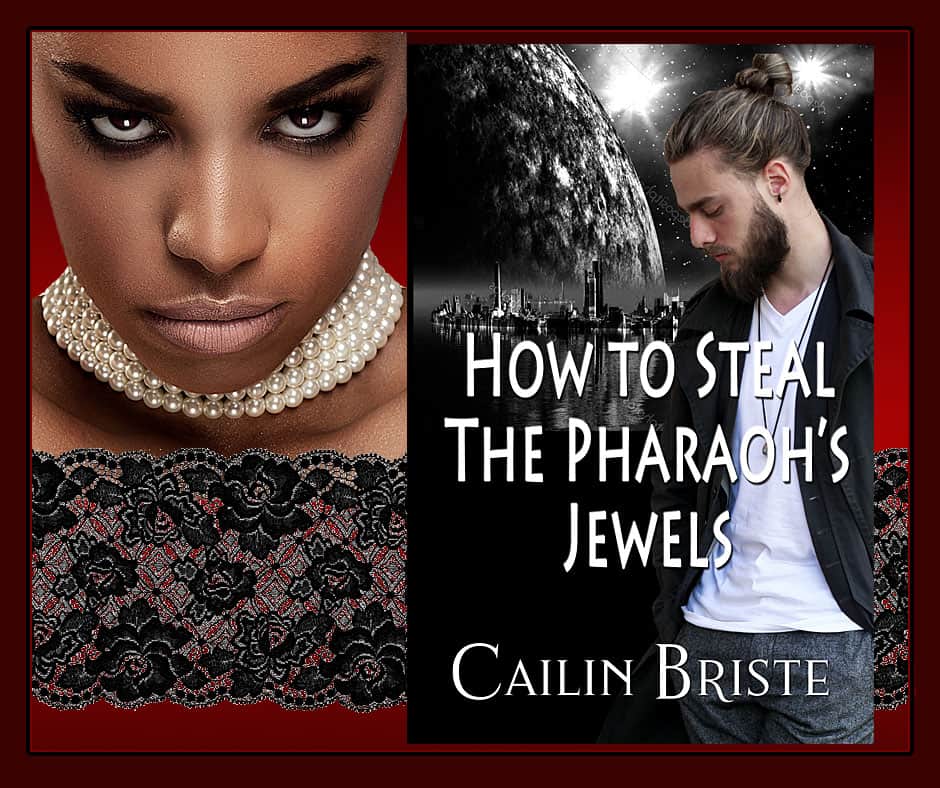 How to Steal the Pharaoh’s Jewels: A Thief in Love Suspense Romance, Book #2 releases April 23rd.

I’d never have put Cade and Bassinae together while writing It Takes a Cat Burglar. But when I began working on ideas for the second book, the two characters clicked together in my brain. This is their story.

Cade’s fantasy is to seduce his best friend if he isn’t murdered first.

His comfortable routine as a member of Sebastian St. Croix’s cat burglar team is shattered the day he’s pinned in a crushed car. In a moment of clarity, before everything goes dark, he realizes he’s in love with his best friend, a woman who has sworn off intimate relationships for life.

It’s taken Bassinae years to overcome a past filled with physical abuse and embrace the truth that she is a powerful, capable woman in her own right. Tamping down a case of nerves, she’s ready to take on a larger role as a thief in Sebastian’s next caper. If only Cade would stop acting like a lovelorn idiot. She needs her best friend’s support to help steal the Pharaoh’s jewels.

Set in the distant future, this sci-fi suspense romance has action and adventure as well as a sizzling romance.