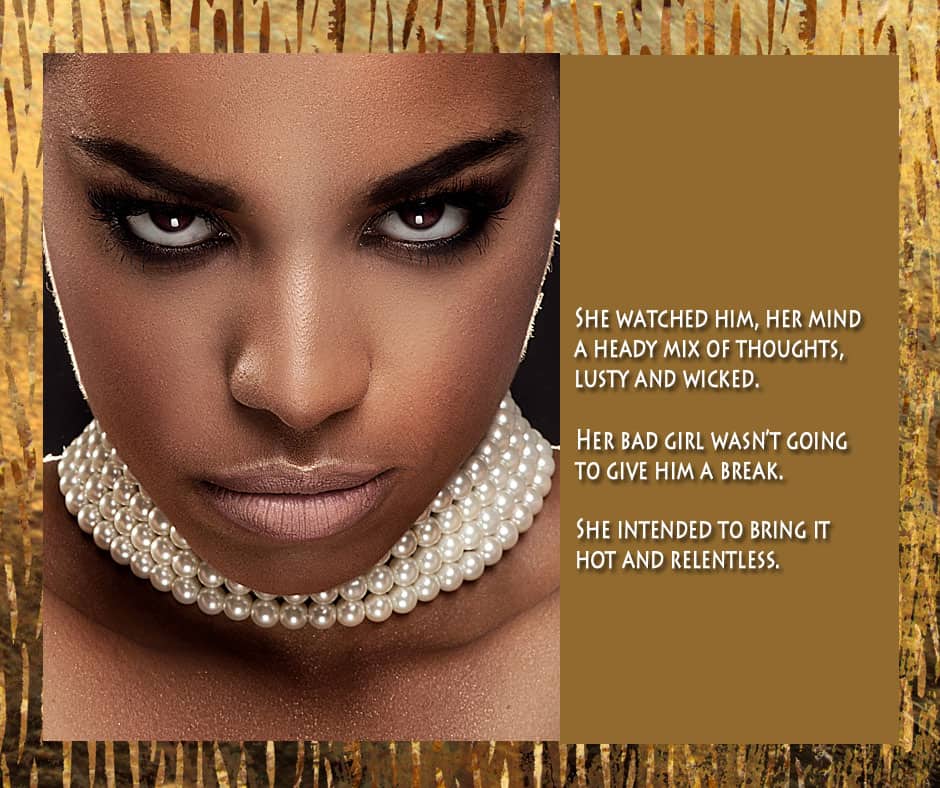 Nearly there! Tomorrow is the big day. How to Steal the Pharaoh’s Jewels: A Thief in Love Suspense Romance, Book #2 releases April 23rd.

Time for a taste of Bassinae. Miss Mary Sunshine has a naughty side.

She watched him, her mind a heady mix of thoughts, lusty and wicked. Her bad girl wasn’t going to give him a break. She intended to bring it hot and relentless. Her movements sensuous, she sat and scooted to the end of the bed, making him swallow hard. “You’re not the only one who’s going to be doing the fucking here.” She dragged her fingers up his erection.

His hands landed on her shoulders, his thumbs caressing her skin in circles. “Gods, woman. Suck my cock. I’ve been dreaming about your lips around it, taking me in, swirling your tongue…oh shit. Yeah, just like that.”

It was probably the one time he wouldn’t appreciate her smiling, but she did it anyway, releasing the suction she’d applied as she’d slid her mouth over his shaft. “Like this?” She repeated the motion.

She lifted her eyes to glimpse his face as she pulled back toward his tip. His gaze was riveted on the point where they were joined, his breathing increasing and his fingers tightening on her shoulders. She plunged again, stroking the underside of his erection with her tongue, and he grew harder.

His hands fumbled to grasp her head. “I can’t take much more of this. You’ll make me come if you don’t stop.”

“Mmmm.” She slipped him from her mouth and nibbled a path to his balls, giving each a swirl.

This is one way to have a man by his balls. She giggled wickedly to herself and gave a lick to his sac, drawing a line between the globes within and fluffing them in her hand while she pulled away to grin at him.