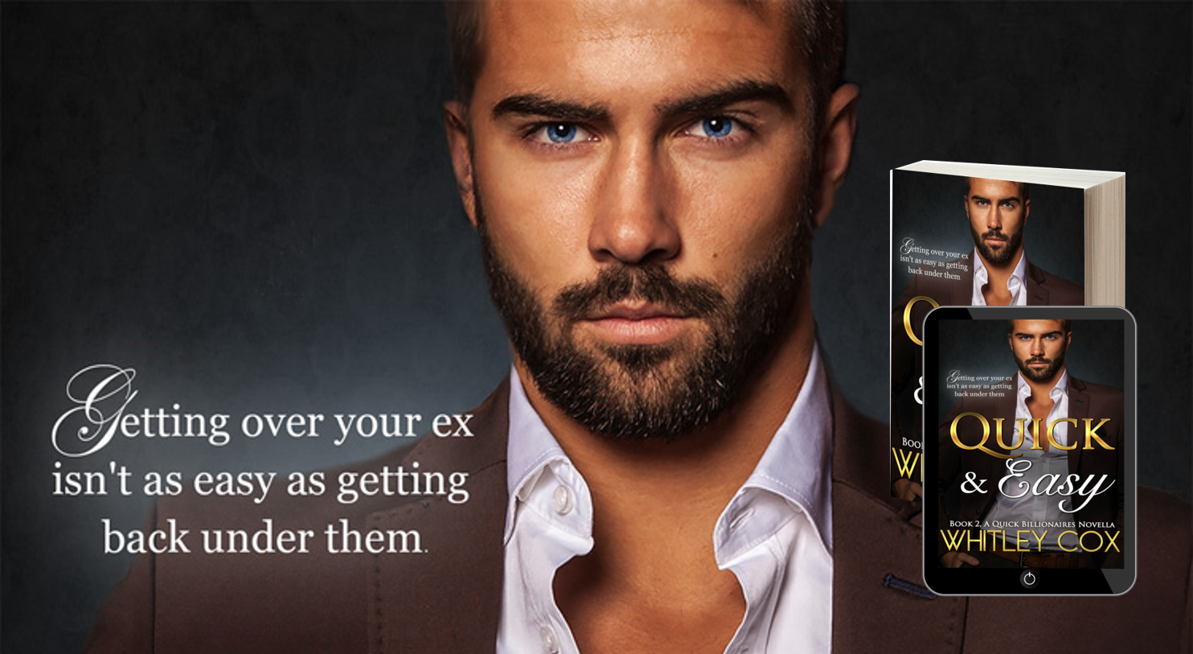 AVAILABLE NOW: On Amazon and FREE in KU 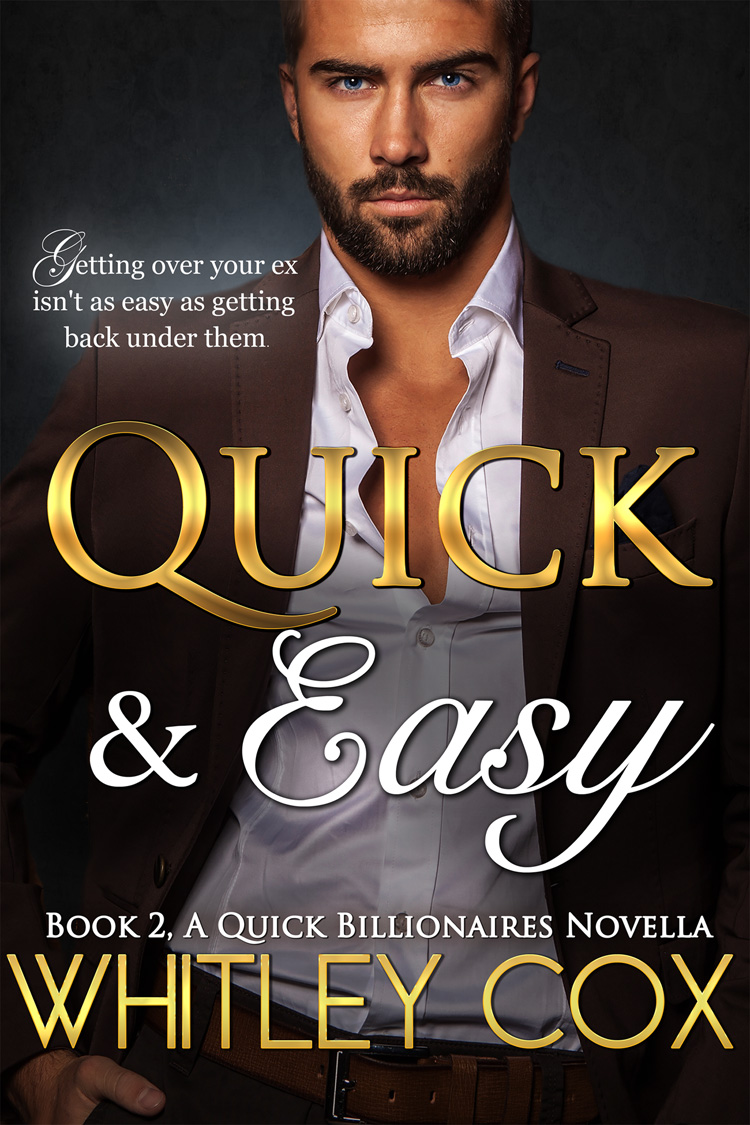 Getting over your ex isn’t as easy as getting back under them.

Heather Alvarez thought she was over Gavin McAllister. After all, he dumped her—on the phone—ten years ago, then vanished from her life and broke her heart. But now he’s back, and all Heather wants is revenge.

Or at the very least, the breakup sex he still owes her.

Ten years ago, Gavin McAllister made a choice and lost the one woman he’s ever loved. Now he’s determined to win her back, even if it means telling the truth. He’d do just about anything for another chance with Heather.

But a one-night stand, no strings, no future? He doesn’t think so.

This time he wants forever. 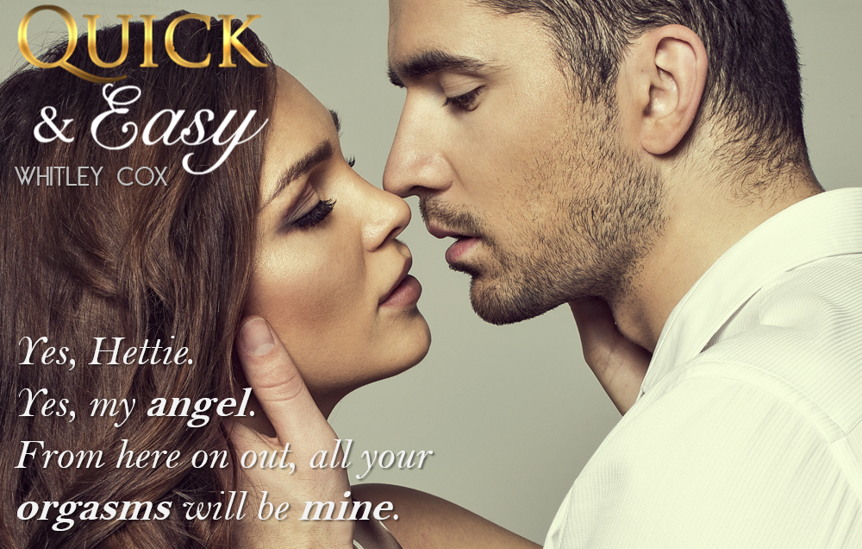 Wasn’t it supposed to rain at a funeral?

It seemed every movie that had a funeral scene took place in the rain. All the guests wore black and clutched big black umbrellas while the rain masked the tears that slipped endlessly down their cheeks; the gray clouds in the sky mimicked the dark mood in everyone’s hearts.

But it wasn’t raining today. Not even a cloud in the damn sky. What the hell?

Heather Alvarez smoothed down the skirt of her charcoal gray lace dress (she just couldn’t do black, even today) and stepped out of her Volkswagen Jetta. The warm April sun hit her cheeks at the same time a gust of wind ruffled the hair on the back of her neck.

Her dad had loved spring, too.

“There you are,” said her mother, Rosemary, coming out of their family’s Puerto Rican restaurant, Hola, Amigos. “I was beginning to worry.”

Heather offered her mother a small smile as she swung her purse over her shoulder. “Sorry, Mama. There was an emergency at work. You know how busy tax season can get.” Heather bent down and planted a kiss on her mother’s cheek before following her through the full parking lot to the front doors. “Have you needed my help? Or did Lena and Aunt Florence show up?”

Rosemary’s hand fell to her daughter’s back, bringing the scent of cumin and garlic and very subtle lavender. Her mother always smelled like cumin and garlic from the restaurant and lavender from her favorite shampoo.

She rubbed Heather’s back affectionately, maternally. “We’ve had loads of help. Don’t worry, sweetheart. Besides, you were here setting up all last night. What time did you finally get to bed?”

Heather dismissed the question with a shrug.

Rosemary let out a rattled sigh and glanced up at her daughter. Her pale blue eyes were glassy and her strong jaw tight. “This is what he wanted. He didn’t want anybody crying over him. He wanted a party. So, we’re going to give him a party.”

Heather swallowed past the hard lump in her throat and looped her arm around her mother’s slender shoulders, tugging her in tight. “I know, Mama. We’re going to throw him the best celebration of life imaginable. Blow the roof off the place.”

Rosemary chuckled and pulled open the door to the restaurant. Voices, loud and cheerful, greeted them. She met her daughter’s eyes one more time before tossing on a giant smile. “Show time.”

“Heather!” half a dozen or more people cheered as she stepped inside the bright and spacious restaurant. Tables had been pushed to the side and chairs lined up in rows. A podium stood front and center below the sign for half-price daiquiris on Mondays, and a small table with the picture of Eduardo Luis Gomez Alvarez sat next to it. Food, piled high, dressed the tables, while beer, local and imported, nestled tightly into ice buckets. Yes, her dad certainly knew how to throw a party, even in the afterlife.

Just like her mother was, Heather slowly made the rounds of all the guests, accepting condolences and sympathy, hugs and hand pats. Everyone had a story to tell about her father, all good, most funny. And Heather listened. She nodded. She cried. She laughed. By the time the minister announced the start of the sermon, Heather was exhausted, all cried out and ready to go home.

Her mother needed her. It was just the two of them now, and she needed to take care of her mom, be there for her. Hold her.

She took her seat in the front row, her mother on her left, her mother’s best friend, Lena, on her right. Her mother’s sister, Heather’s Aunt Florence, sat on the other side of Rosemary, their hands clasped tight. Slowly, the noise in the restaurant subsided as people took their seats, the din of conversation and the scraping of chair legs on tile receding with the clearing of the minister’s throat.

Heather spun around to take in all the people who had come to say “goodbye” to her father, to celebrate him and what he meant to the community. She absorbed their love, allowed it to bolster her own. Her father had meant everything to her, and in the blink of an eye—a heart attack at the dinner table when they were out for her birthday three weeks ago—he was gone.

It was a packed house. Standing room only and well over the legal limit of patrons for the restaurant. But they’d closed it for the day, put up signs and purchased special permits. If Eduardo Alvarez did anything, he did it aboveboard and he did it right. She was just about to turn back to the front when a big body sneaking in at the back caught her eye. The entire atmosphere in the restaurant shifted, and oxygen left Heather’s lungs as she watched him slowly edge his way behind people, sticking to the shadows and the back of the room. He was tall. Perhaps taller than she remembered and bigger, too. His shoulders and chest were broader, and the way his dress pants hugged his thighs told her he still liked to work out and probably ride his mountain bike.

All the moisture left her mouth as she continued to follow him with her eyes. His head was down, and when he accidentally bumped someone, he was quick to apologize and move on. Eventually, he found a safe space next to the bar, quietly ordered a drink, then stood back, leaning the wide expanse of his back against a wooden column. He tipped his drink up, revealing a very expensive-looking watch at his wrist. His suit was tailored to perfection and high quality, too. Heather didn’t know much about fashion or designers, but she knew that thing wasn’t from JCPenney. His impossibly deep blue eyes closed, and his throat undulated on a swallow as he brought the belly-warming amber liquid into his mouth.

Heather swallowed, too. Fuck, he was still as drop-dead gorgeous as she remembered, as she dreamed. He still hadn’t noticed her, so she took an extra moment to check him out. His swath of dark hair was shorter now, tamer, though it still had that unruly wave to it at the front. He never had been able to control the curl. But she’d loved it. Loved twirling her fingers around and around the silky soft strands as he laid his head in her lap and they watched movies. His gaze shifted, and suddenly his eyes lasered in on her.

A gasp escaped her before she could stop it, and immediately Heather spun back around in her seat. Her mother squeezed her hand, then patted the top with her other hand. “You okay, sweetheart?”

Heather swallowed again. “Yeah, Mama. I’m fine.” Even though she was anything but. The back of her neck prickled and heated from his stare. She knew he was staring. Just knew it. His gaze had always been fierce. Had always stripped her bare and made her submit to his will.

I can’t turn around. Willpower, girlie, willpower. Ah, fuck it.

She craned her neck around to catch another glimpse, and sure enough, he was zeroed in on her like a dog with a bone. The corner of his sexy mouth crooked up into a sad half-smile. His head shifted in an almost indiscernible nod.

The minister cleared his throat again, forcing Heather to spin back around. Her chest tightened and her gut knotted. The minister opened up his book and began. But Heather didn’t hear a damn word. She was too focused on the voices in her head, on the memories that involved the impeccably dressed man at the back of the room. Gavin McAllister, the love of her life, and the boy who broke her heart. 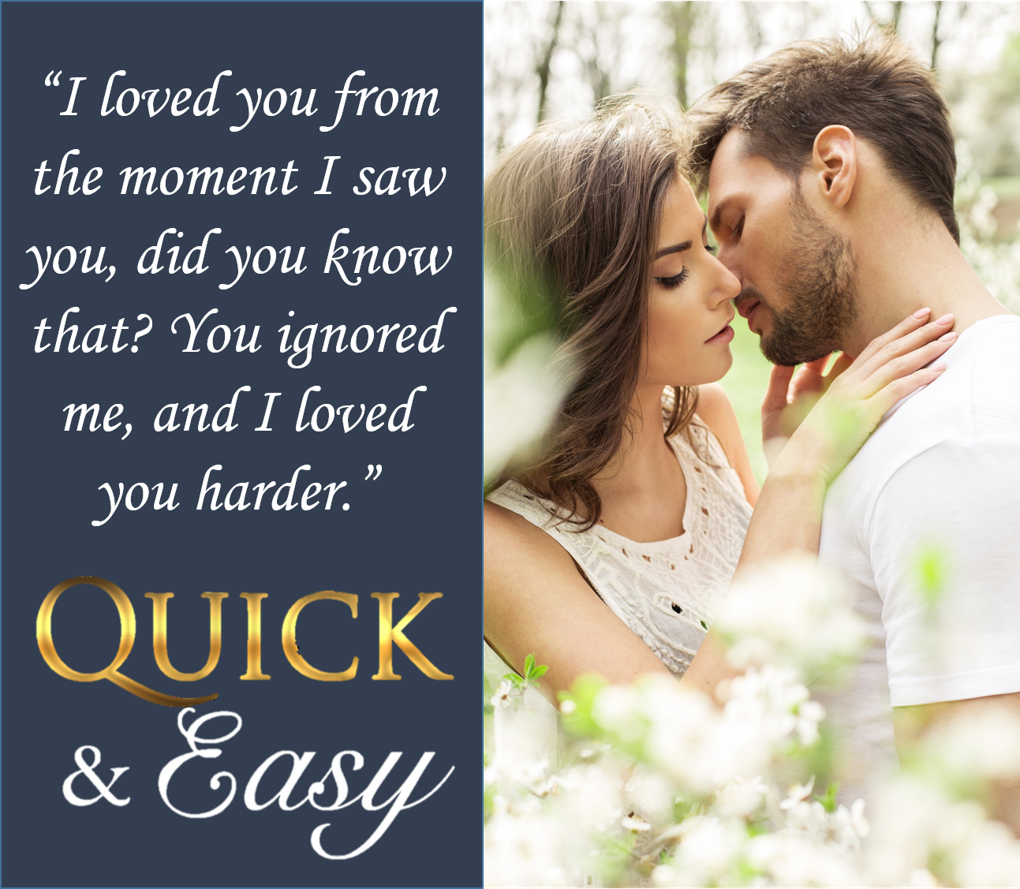 A West Coast baby born and raised, Whitley is married to her high school sweetheart and together they have a spirited toddler and a fluffy dog. She spends her days making food that gets thrown on the floor, vacuuming Cheerios out from under the couch and making sure that the dog food doesn’t end up in the air conditioner. But when nap time comes, and it’s not quite wine o’clock, Whitley sits down, avoids the pile of laundry on the couch, and writes.