When you’re a cop, life can be complicated
when the woman you love is MC born and raised…

Buy NOW or read for FREE on Kindle Unlimited:  http://amzn.to/2GSOqBC

Add to your TBR pile on Goodreads: https://www.goodreads.com/book/show/38403764-down-dirty 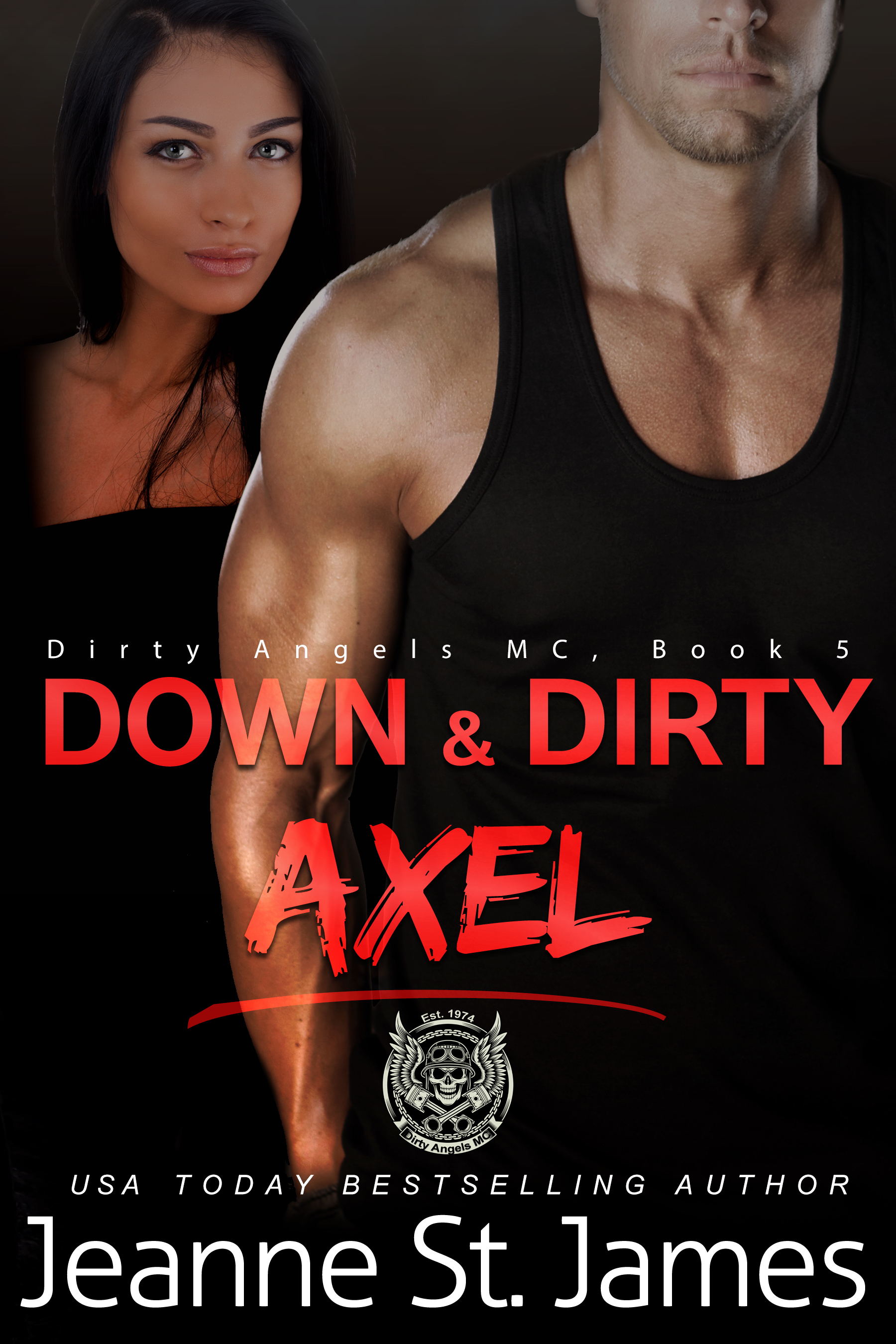 Though the club blood runs thick in Axel’s veins, he’s despised by them for being a cop. They also hate him because his family turned their back years ago not only on the club but his brother, the president of the Dirty Angels MC. However, he’s loved Bella forever, watched her marry the wrong man, one who broke her in almost every imaginable way, and yet she’s still the strongest person he knows. Despite their rivaling families, he won’t let anything stand in the way of making her his this time.

Bella hasn’t known anything other than alpha bikers her whole life. Her marriage to one turned into a tragedy, one that changed the rest of her life. She was never the same after that one fateful night that Axel came to save her. Though he remains on the outskirts of her life, he’s always there: watching, waiting, worrying about her. Especially when a rival MC continues to wreak havoc on all of their lives.

Like Romeo and Juliet, his family may never accept her, and hers him, but they’re both determined to tear down the wall that divides them.

Note: This book can be read as a standalone. It includes lots of steamy scenes, biker slang, cursing, some violence and, of course, an HEA. If you like alpha males who like to take charge, this book is for you. 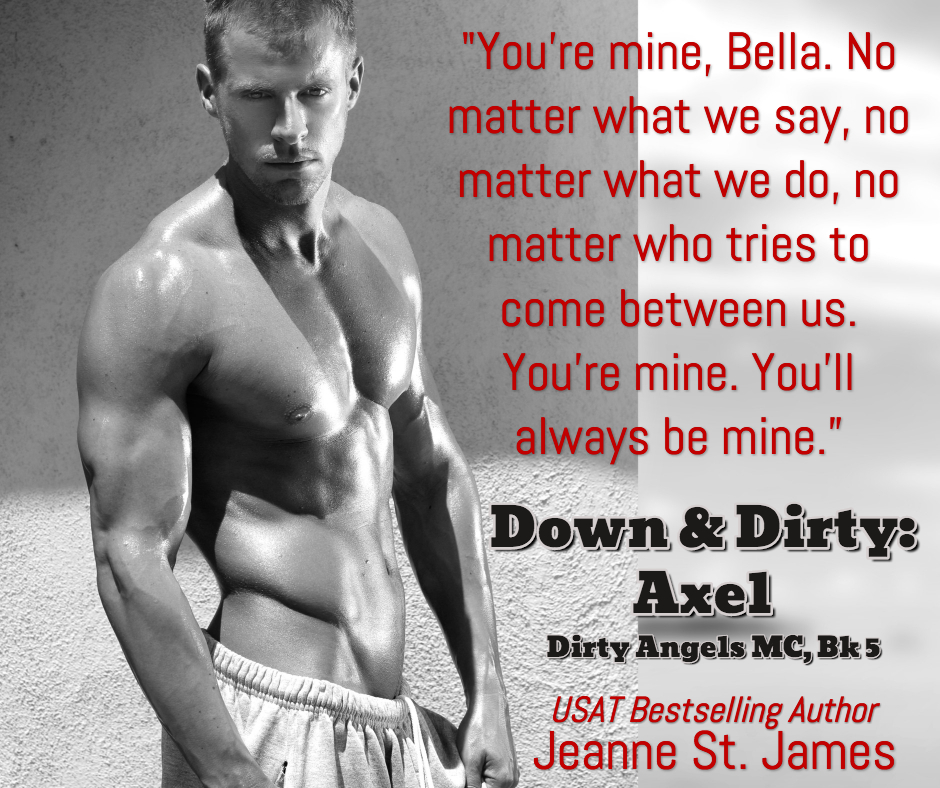 The jingle from the bells over the bakery’s door sounded, making both Bella and Sophie glance up.

Right on time. The man was nothing if not predictable.

Axel navigated his tall body through the door of the shop, his duty belt hanging off his lean hips and his uniform neatly pressed, making the man look like a well-wrapped birthday present. He slid off his dark sunglasses and tucked them into his breast pocket.

Sophie stopped what she was doing, which was boxing up a cake, and reached into the display case to grab a cream cheese stuffed red velvet cupcake. She held it out to him until he approached the counter and nabbed it.

“Thanks,” he murmured, his eyes not leaving Bella’s.

Almost every day he stopped in for a cupcake, either before or after his shift, depending on what time he worked, and sometimes he’d even come in on his days off.

Those were Bella’s favorite visits, because he’d come in wearing soft, worn jeans that hugged his long legs and now that the weather had turned cold, usually a long-sleeved Henley that fit snuggly across his lean, but muscular torso.

Today he wore a heavy patrol jacket, so all she could do was admire his legs. And his ass. When he wasn’t looking, of course.

Despite eating a cupcake on an almost daily basis, the man seemed to stay in shape.

“Bella,” he greeted softly, his gaze traveling over her hair—which was pulled up and away from her face into a bun—down her throat, then paused on her chest, which was covered by a white apron that had Sophie’s Sweet Treats embroidered on it.

Her nipples peaked immediately under his heated gaze.

Sophie cleared her throat and finally drew his attention. “How’s the kid?” he asked her.

His sister-in-law’s hand automatically dropped to the slight rise of her belly as she smiled warmly at him. “Great, your niece is growing like a weed.”

Sophie laughed. “That’s why I do it. Drives him crazy.” She tilted her head, her green eyes sliding from Bella to Axel. “I, uh, have to grab something in the back.” Then she was gone before Bella could stop her.

Bella busied herself by picking up where Sophie left off, boxing the cake that would be picked up later for a birthday party.

“Bella,” Axel murmured, getting closer to where she stood, the glass display case the only thing separating them. “Did you make this?”

Her gaze rose to him before she could stop it. He’d peeled the paper cupcake liner away and was now tonguing the cream cheese icing she’d piped over the top.

All the breath left her as the tip of his tongue swirled through the white frosting. Jesus.

He did it to her every time. She should be used to it by now.

“You know I did,” she answered, pressing her thighs together and dropping her gaze back to the sheet cake in front of her. She fiddled with the box, trying to get her mind off what he was doing with his mouth on her cupcake.

Three months ago was the first time they’d ever kissed. Though they’d been close to doing it in the past, they’d never followed through. And that one time in her house, with her pushed against the door, his hard-on pressed to her stomach, she’d been kissed like she’d never been before.

Unfortunately, she hadn’t been able to forget it.

She peeked up at him from beneath her lashes. Staring directly at her, the corners of his lips curled wickedly as he now dipped his tongue into the center of the cupcake, slowly savoring the sweet filling.

“What?” he asked, a little bit of frosting stuck to his bottom lip.

If he didn’t take his cupcake and go, she was going to leap over the display case and take him down to the ground to lick it right off of him.

She shook her head to clear it. “Nothing.”

“I thought you said something.”

She curled her fingers into her palms, digging her nails into her flesh to stop her wicked thoughts. “You have schmutz on your mouth.”

He smiled and ran his thumb over his lower lip then sucked it into his mouth to thoroughly lick it clean. 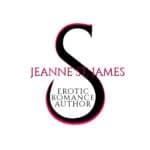