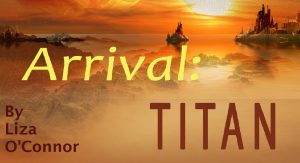 He deserves to die in agony

Captain Drake and Colonel Lancaster had become friends long ago during their first year of military school. When they returned for their second year, Drake had changed. Sometimes he was his prior nice self, and sometimes he was a jerk. Still they managed to remain friends during their four years at school. Then they each went their own way. While Lancaster rose to a Colonel, Drake only made it to the level of captain. However, he considers his feat more significant since he flew black op ships for the last five years. But to be level the playing field, he had to kill several co-pilots because they were just as good or better than him.

Never did he expect to meet his old classmate, nevertheless discover Lancaster higher ranked than himself.  There was no way Drake was going to be second in command, so Lancaster’s death was decided even before they left earth. Upon listening to Lancaster carry on about how he had changed for the better, Drake decided he’d torture him before killing him. A fast death was too good for Lancaster. 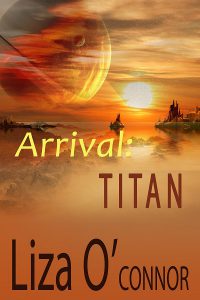 Dangers continue even as the crew of soldiers, scientists, and brilliant teens quantum leap to space near Titan.

Captain Drake has his own agenda, and it doesn’t include Colonel Lancaster, or the students being alive for much longer. Fortunately, the scientists and students are a formidable group to go against. The attempted takeover is stopped with only one death.

When Scarlett lands the ship on the north pole near the methane lake, they discover several sentient life forms. They also learn that the moon, Pan, is actually a ship called the Death Star, mining minerals in the outer rings of Saturn. Even more shocking—Jupiter is not a planet, but a disguised ‘eye in the sky’ watching over the mining interests of a superior sentient planet.

Lancaster ignored the contempt he heard in those words. “Well, my job changed, so I changed with it. Otherwise, I would have destroyed this mission.”

“Whoever chose me, did so because they believed my rigid behaviors would traumatize the children and outrage the adults. Brilliant people do not like to be manhandled, tasered and thrown in isolation chambers.”

Drake chuckled. “Frankly, no one does. Did you do that?”

“At first, upon the recommendations and assessments of my troubles, I did order such treatment. However, the one I was warned would be my biggest concern turned out to be the one who made us all a team. She changed the children, and most of the scientist. She is the soul of our team.”

“Please tell me you aren’t talking about Scarlett!”

“No. Scarlett wouldn’t even exist without her. Victor would have been tossed from the team long before he built Scarlett.”

“I hope he had a better reason for building her than his desire to be loved.”

“He did. The saboteurs were doing serious damage to us. So, the kids built little bots and Victor built Scarlett to control them. It was against the regulations, but Tamara insisted we needed Scarlett and she was right. She usually is.”

“You sound like a love-sick teen,” he stated with annoyance.

“I do love her. But I expect you will too, once you get to know her,” Lancaster replied.

All books are free for KU subscribers

Liza O’Connor lives in Denville, NJ with her dog Jess. They hike in fabulous woods every day, rain or shine, sleet or snow. Having an adventurous nature, she learned to fly small Cessnas in NJ, hang-glide in New Zealand, kayak in Pennsylvania, ski in New York, scuba dive with great white sharks in Australia, dig up dinosaur bones in Montana, sky dive in Indiana, and raft a class four river in Tasmania. She’s an avid gardener, amateur photographer, and dabbler in watercolors and graphic arts. Yet through her entire life, her first love has and always will be writing novels.