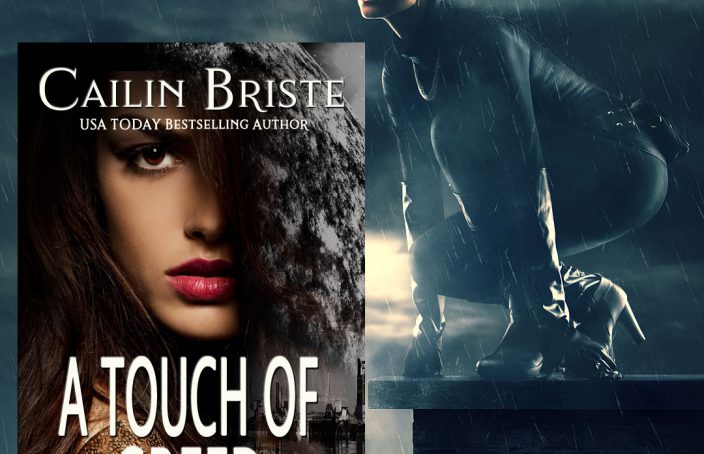 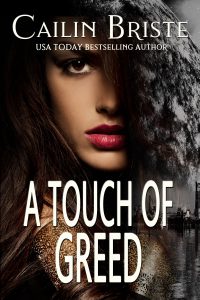 A Touch of Greed

The worry stone in Max’s pocket is getting a workout. If it’s not the latest shenanigans of his burglary crew, it’s the bombshell that just exploded in his personal life. Seventeen years after walking out on him, Marianna is back, and she has revelations that will upend his plans for peace and quiet.

The team is salivating to take advantage of her position on an archeological space dig. The backer, an illegal antiquities collector, has long eluded them. Their timeline moves up when they discover that Marianna is the mogul’s chosen fall guy.

Emotionally satisfying with a twist that will leave you shaking your head, Touch of Greed is a fast-paced read you won’t put down.

The third in the A Thief in Love Suspense Romance series of novellas.

A Touch of Greed Excerpt:

Max dragged a hand down his face, the bristles of his freshly trimmed mustache poking him. Life had become entirely too rowdy. Which was saying something when you considered he was a longtime employee of Sebastian St. Croix, keeping track of the man’s personal business and assisting him in purloining previously stolen artworks, relics, and antiquities. A few experiences along the way had been harrowing. None as deadly as last night’s face-off with a missile. And yet it was today’s meeting that had him rolling the smooth chunk of orbicular jasper in his pocket between his fingers and thumb. He didn’t normally fidget, much less pace. But here he was marking a path between tall fluted columns reminiscent of an Old Earth Greek temple outside the Shaded Garden as he awaited a person he’d never expected to meet again.

She hadn’t said why she wanted to see him, only that it was important and needed to be face-to-face. That was five days ago. The ship she’d taken from Bontol had arrived on planet this morning. She’d messaged him with the location of a restaurant in the quaint suburb of New Arras and a schedule. And here he was, looking like, as Cade had put it, he had a date or a date in court: stylish black suit, crisp open-collared white shirt, primped, polished and waiting on a woman. The one woman he’d ever truly loved. The woman who had crushed his heart seventeen years ago.

Time had been kind to him. A touch of gray at his temples and in his beard were the only hints he was older than the forty he looked. In fact he was forty-seven. Fit. No paunch. Still in his prime.

Why should it matter? He had no wish to renew a relationship that had left him bruised and furious. But he was also well past the mind-set that would enjoy rubbing his undiminished good looks in the face of an old lover. Still he couldn’t deny he wanted her to desire him again, as if that would somehow assuage an ancient heartbreak. More likely to assuage his vanity. Prove casting him off had been a big mistake, one she was here to rectify.

No. Don’t fool yourself. If that were true, it would have happened long ago.

He compelled himself to lean against a column, arms crossed over his chest, the image of a man relaxed and self-assured. She was five minutes late, and if her habits remained predictable, he had five more to wait. And then he saw her, walking toward him in that way she had, almost gliding. The sheath she wore, a vivid coral red, showed off her long legs and the svelte figure she’d managed to maintain over the passing years. The breeze blew her dark hair across her cheek, and she brushed it aside. Their gazes caught, and he fell into her smoky brown eyes as he had the first time they’d met.

Before she reached him, he straightened, his hands falling to his sides, but he made no movement in her direction.

The barest of creases was visible between her brows. Her eyes searched his. Her mouth twitched once, but she didn’t smile. “Max.”

“Marianna.” He forced her name out through a throat grown tight.

They stared at one another as though caught in a spell, before she pressed her lips together and sighed. “Shall we go inside?”

A Touch of Greed Spicy Excerpt

“Yes.” The bed jostled as he sprang to his feet. The tip of his erection poked her when he pulled her up. “Let’s get you out of this.”

She didn’t attempt even a modicum of faux resistance. No sense in that when a man chose to take control. That was her belief, and it had always turned out well when applied in the bedroom. Or the bathroom, where it seemed he was taking her after stripping off her blouse, skirt, and underthings.

He punched the water on to medium heat, stepped inside, and held his hand out to her. His gaze never left her face. Is he trying to prove something? To me? To himself? How many times had he told her he loved the way she moved? That she was the sexiest woman he’d ever seen? Too many to count. But he hadn’t spared a glance at her body.

Mesmerized by the planes of his torso, the slope of his shoulders, and the tautness of his nipples, she placed her fingers lightly into his and allowed him to pull her under the spray.