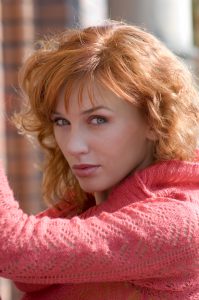 Here’s a sneak peek at Trey: Son of Tallav. This is unedited, copyrighted, and subject to change. The shit is about to hit the fan.

Trey yanked his shirt from the locker, grabbing his comm and slamming the door shut. His leather pants had no pockets just clips where he could hang his favorite toys, so he gripped the comm with his teeth and strode toward the exit while fastening his buttons. Damn woman. This was the third time and by no means the charm. It was the end.

He knew right where she’d be. Where she was every day and late into most nights. The hall cleared before him. He slammed his palms into the slab of plasti-steel that secured the employees-only entrance to the Whip Hand, stepping out into the flawless weather that made each Beta Tau dome a luxurious oasis.

It was his own damn fault. And that’s what more than anything chapped his brown ass. Fuck. He’d known better. Taught better. Lived better. Until he’d allowed that woman to snare him in a tangle of words and exuberance. Worse it had been fun. Until it wasn’t. He’d loved every minute. Until he hadn’t. And this is where it all led, inexorably like an ungoverned tram, careening around a curve and sailing off the tracks.

He jogged to catch the ubiquitous slowly moving tram that would take him to Bistro Coquin, snatching hold of the shiny metal pole at the end of the fourth row of seats that provided a handhold. Bistro Coquin where Patsy O’Shaughnessy no doubt was spending her afternoon enjoying the camaraderie of her new colleagues. Not where she should have been, tied in rope, submitting beneath him.

Muscles overloaded with tension, he remained standing on the running board, glaring off into the distance out of habit rather than unsettling his fellow passengers by making eye contact with them. Attempts at pleasant expressions had never garnered much success in preventing tourists from growing uneasy near him. The current look on his face would probably send them shrieking for security.

An equal measure of the frustration that seethed through him was directed at himself. Yes, he’d known at the outset back on LS Quantum that getting involved with the chatty bundle of Irish lass that was Patsy was a mistake. But the craving for her had overwhelmed his defenses before he’d been able to save himself. And so he, the epitome of all things Beta Tau, had fallen for a woman whose nature was the opposite of his.

Like the pleasure planet, he rigidly controlled all aspects of his life. The Beta Tau board oversaw everything down to the height of the grass in a hidden copse. Their goal was to provide a self-indulgent paradise for the millions of visitors that came each year to let loose. Those who worked on Beta Tau committed to maintaining that unreal level of orderliness.

The Beta Tau lifestyle had slid naturally over him. He embraced it as an adjunct to the training he’d received to become a full-time Dom and eventual instructor at a top sex school. His existence had been one of peace and equanimity as the Whip Hand’s dungeon master. And then Patsy.

Fuck. His knuckles where they gripped the shiny bar were white. He closed his eyes and took a deep breath, counting to eight when he released it. Sure there were people that angered him. But no one like Patsy. No one who could get under his skin like she could. Make him return to cursing like the hotheaded teenager he’d once been.

And the kicker was, he’d permitted her to get away with it. Any other submissive would have been long gone. But no. He’d allowed that pain that squeezed his chest when he thought of her to dictate a whole new set of relationship parameters. He hadn’t been able to watch her leave his life for good. Until today. Something had snapped inside while he waited for her to finally appear. An hour spent attempting to ignore the side glances of the staff at the Whip Hand only added more heat to the conflagration her disrespect had ignited in him.

It was more than time.